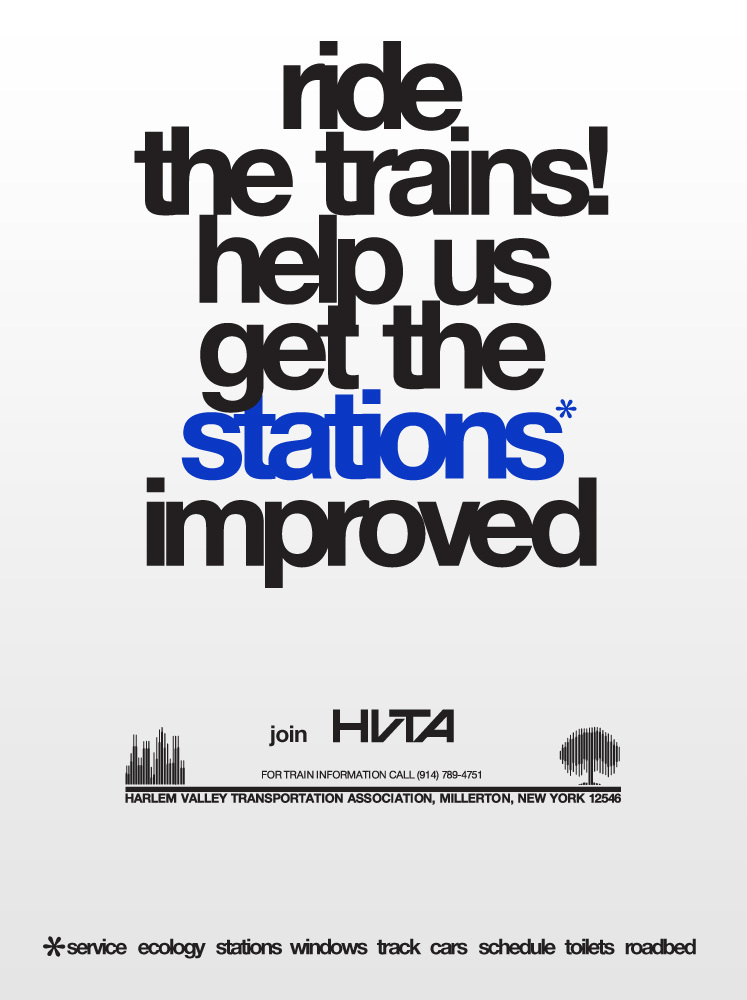 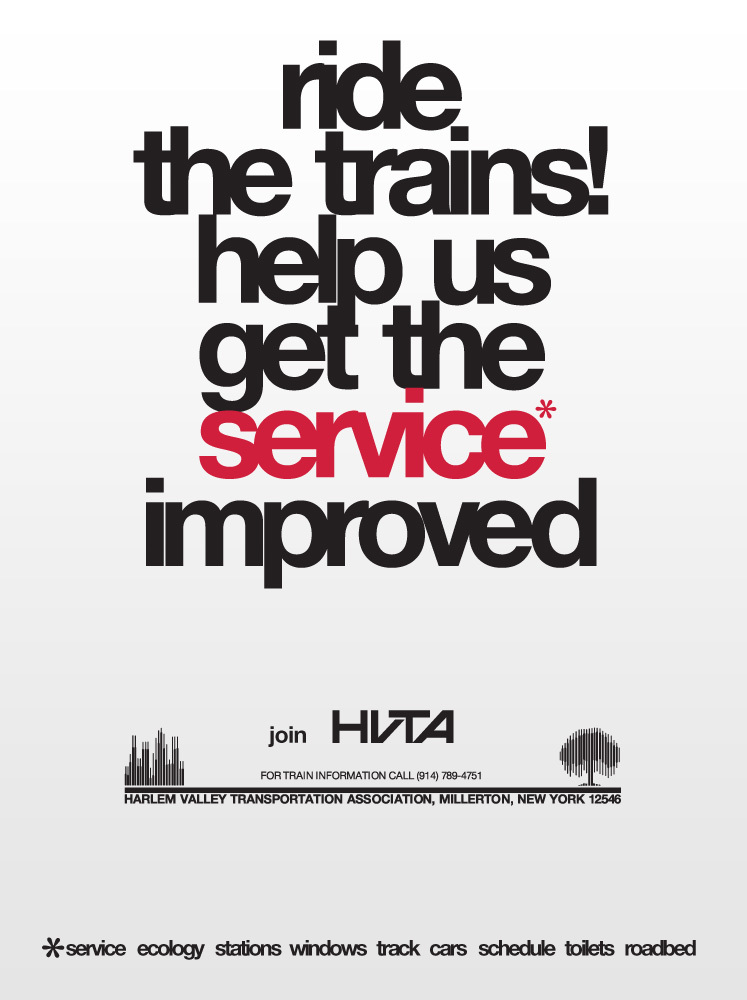 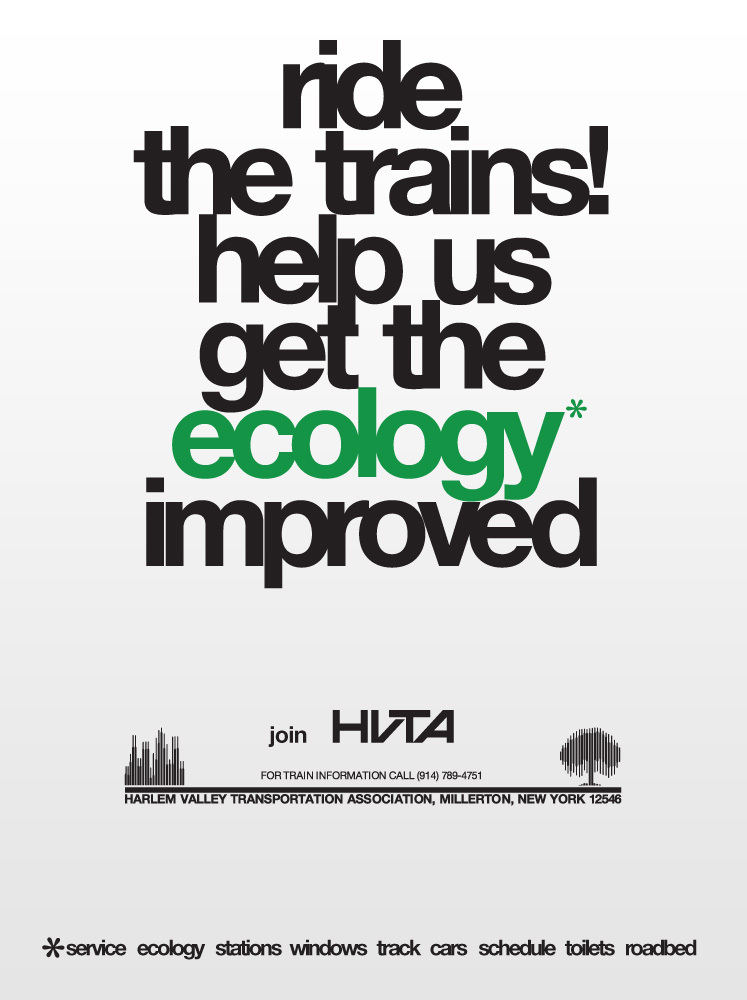 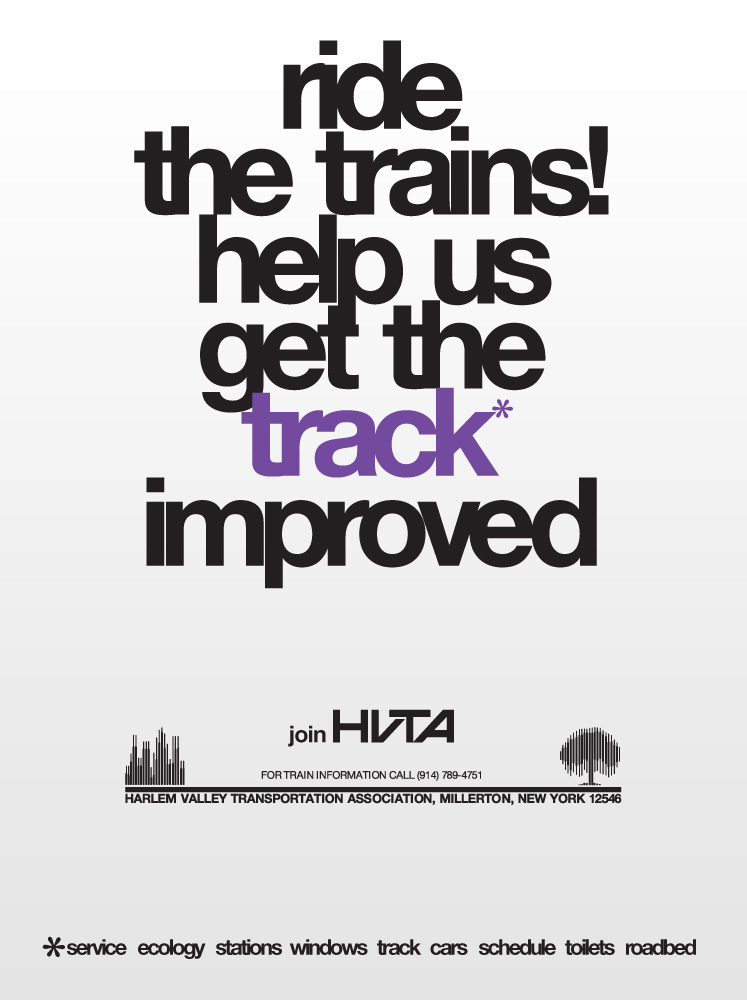 The HVTA was a nonprofit citizens group of approximately 500 individuals, led by activist Lettie Gay Carson of Mount Riga and later Millerton. The group is largely remembered for fighting to retain both passenger and freight service along the upper Harlem Division in the 1960s and 1970s.

These posters were used to promote the Association in communities along the railroad line. The original set contained a total of nine posters, each highlighting a specific area the members wanted to see improved: Service, Ecology, Stations, Windows, Track, Cars, Schedule, Toilets, and Roadbed.